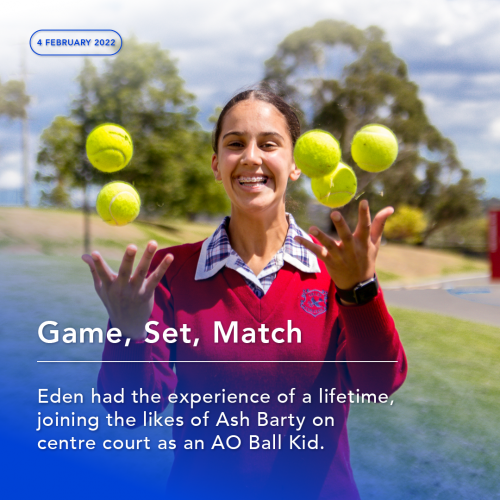 Speaking on 89.9 The Light, Eden relished the opportunity to be a part of the Australian Open as a ball kid for the men and women’s singles finals, as well as the men’s doubles final.
The men’s final in particular was a highlight for Eden, with the 5-set thriller going into the early hours of the night, “Rafa (Nadal) came back and we were ecstatic – it was amazing, we were so happy. All the ball kids, they just want to be there as long as possible, they want to get as much time as they can on court because we love it so much!”
Eden’s selection for these finals is a result of her incredible work throughout the 2022 AO, ranking as one of the top ball kids this year. Well done Eden on an amazing effort on the world stage!
Back to top